Jill Irving Awarded Dressage Volunteer of the Month for May

Jill is to be commended for creating a Dressage Youth Mentorship Program, which provides up-and-coming youth dressage athletes with the opportunity to travel to Wellington, FL to experience international-level dressage competition at the prestigious Adequan Global Dressage Festival (AGDF) first-hand. Read more>

Dressage Volunteer of the Month, Equestrian Canada, May 2017

A proud recipient of this prestigious award, Jill remains committed to her program and to offering invaluable opportunities to young riders, year after year. 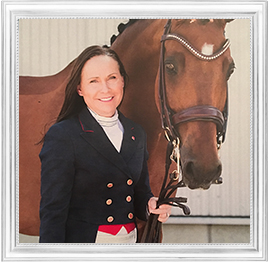 Originally from Sudbury, Ontario, Jill Irving has been a horse enthusiast and a competitive equestrian since she was a young girl. Her experience as a child was primarily based in showing ponies and hunters, but in her late teens she began to focus on dressage. In these early years, Jill spent time training with fellow Canadian Christilot Boylen, and became an accomplished rider at the Prix St. George and Intermediare I.[expand title=”Read More”]In 1987 Jill married her husband Robert, and relocated to Moncton, New Brunswick, where her focus changed from riding, to raising a family.  Since then, her three daughters (Megan, Meredith and Olivia) have grown up to be leading riders on the hunter circuit in both Canada and the United States. Jill herself spent many years showing hunters with her girls, and has been named the Canadian Hunter Grand Champion three times at the Royal Winter Fair. Now, Jill is fully dedicated to dressage, and competes for Canada at both the Prix St. George/Intermediare 1 and the Grand Prix.  Jill spends the winter months in Wellington, FL where she trains with four time Olympian Ashley Holzer, and divides her time during the summer months between their family farm in Moncton, NB, training with Ashley in New York, and competing in Europe.  Her recent accomplishments include helping Canada to win a gold medal at the CDIO3* Wellington Nations Cup in March 2017, and competing for Canada at the CHIO Aachen 2017 – one of the most prestigious equestrian competitions in the world. Jill is currently ranked as one of Canada’s top seven Grand Prix riders, and is ranked 90th in the FEI World Rankings. Her current competition horses are Degas 12, a 15 yr old, Hannoverian, gelding by De Niro and Arthur, a 12 yr old, KWPN Gelding by Jazz.

Jill is the founder and inspiration behind the Canadian Youth Equestrian Mentorship Program. She is passionate about equestrian sport, and is dedicated to helping young Canadian riders gain exposure and experience to some of the best competitions in the world through the engagement and support of fellow Canadian riders and international competitors. [/expand]

Irving has had a fantastic fall season, with her recent successes at the CDI-W New England Dressage Association (NEDA) Fall Festival of Dressage in Saugerties, NY and CDI-W/3 * Dressage at Devon in Pennsylvania being definite highlights. Read more>

Nexus Communications proudly supports the Jill Irving Youth Equine Mentor Program in all their web design and communication needs. We’re delighted to provide increased visibility and access to this celebrated, worthy program as they create opportunities for Canadian youth. 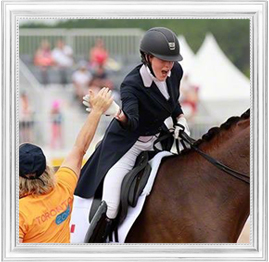 Brittany Fraser-Beaulieu is one of Canada’s top Grand Prix riders. She has had many successes on her current horse All In. The pair recently competed in Europe finishing in the top 10 in Aachen, Germany. Brittany has represented Canada multiple times throughout her career so far including winning a team silver medal at the Pan American Games in Toronto. For the past four years Brittany has been training full time with four-time Olympian Ashely Holzer based out of New York City. Brittany has hopes to compete at the World Equestrian Games next September. 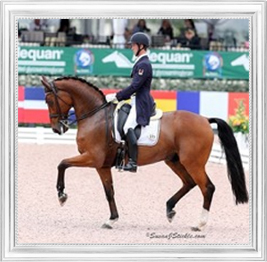 Chris is a 35 yr old, Canadian equestrian, originally from Ridgetown, Ontario, Canada From 1998 – 2003 Chris competed internationally at the Junior and Young Rider levels. Shortly there after he moved his way into the small tour level and ultimately made his grand prix debut in 2007.

Most recently, Chris was a member of silver medal winning Canadian Dressage Team at the 2015 Pan American Games in Toronto, and won the individual bronze medal at the same competition. He was the first Canadian in twelve years to win an individual medal in dressage at the Pan Am Games.[expand title=”Read More”]

In 2016, Chris was named second reserve for Canadian Dressage team for Olympic Games in Rio de Janiero with Divertimento.

Chris owns and operates Von Martels Dressage Inc. a highly successful horse sales business, which buys and sales horses all over the world.

Jackie started riding at an early age and was soon competing ponies on the A circuit in Ontario. Her first core division mount was Jump Canada Hall of Fame inductee Farnley Melanie, a small pony that her family purchased as a yearling and trained for the hunter show ring. During her Junior and Amateur career, Jackie earned several Ontario Zone Championships and Champion at the prestigious Royal Winter Fair (Toronto).[expand title=”Read More”]

After completing a Bachelor of Commerce and Finance at the University of Toronto in 2000, Jackie launched her professional career under the guidance of Wayne McLellan. Over the course of her riding career, Jackie has been lucky enough to be mentored by many other top professionals including Jay Hayes, Sue Pritchard, Gary Zook, Ken Berkley and Kim Kirton.

Jackie currently owns and operates a Hunter Jumper training and lesson facility in Beeton, Ontario. Each year, her horses and students have consistently placed in the Provincial Zone Awards (OHJA) and qualify to compete at the Royal Winter Fair. She is very excited to be part of the Jill Irving Youth Equine Mentor program. 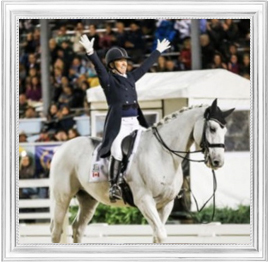 The two-time Olympian and owner of Brookhaven Dressage in Mount Albert, Ont. is a Canadian fan favourite with her popular grey gelding D Niro.  Jacquie also competes Emmett Top, a half brother to Valegro whom she has been bringing up the levels and will debut at small tour this season in Florida.

Joan Macartney is a dressage enthusiast, having trained, competed and judged dressage for a number of years. She is a Senior Dressage Judge both with Equestrian Canada and US Equestrian where she judges throughout Canada, the United States and Central America.

A highlight of Joan’s background is travelling and judging in a variety of countries around the world – South America, South Africa, Eastern Europe are few areas where she has judged and presented clinics.[expand title=”Read More”]

Working with youth and assisting in their development is always a priority – this past summer she travelled to Australia to judge their National Youth Dressage   Championships.

Joan has worked with the Canadian Youth Mentorship Program in the past and looks forward to meeting the 2018 group of young “up and comers” and providing insights into the “magical world of dressage judging”. [/expand] 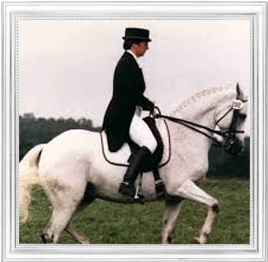 After a successful competitive career, including two Olympic Teams, World Games, World Cup and numerous national championships on self trained horses, Lendon has been focusing on teaching mostly through Dressage4kids which she started 20 years ago. Among it’s many educational and competition programs is the Winter Intensive Training Program. Fourteen determined riders from age 11 – 21 spend three months in Florida with Lendon. The program consists of lessons five days a week, fitness work six days, a lecture or field trip six days, required reading with tests as well as volunteer work. 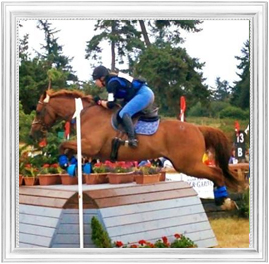 Lisa Schultz is an “A” level Pony Club graduate. Currently a Competition Coach/trainer in BC Lower Mainland, working with the Langley School District Equestrian Academy and continues as a Coach to her students in the area at various levels, and types of riding. Lisa has always pursued Dressage with multiple horses but has successfully competed in other disciplines as well and has competed at the FEI/International level in Eventing. 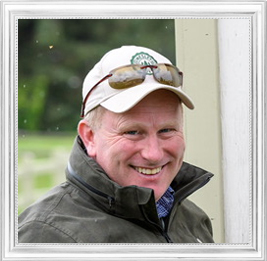 Mike Lawrence is a Nova Scotia native who lives in Milton, Ontario with his wife Emily and daughter Alice. Mike currently sits on the Jump Canada Committee and Jumping High Performance/Selection Committee.

A former competitor, Mike now manages the Ottawa International CSI 3* Showjumping Tournament and was a co-owner of the Pepiniere and Saint Lazare Horse Shows from 2004-2014.

Mike has a large equine dentistry practice based in Milton and Wellington, Florida and his clientele includes several top Canadian and International horses. He is a certified member of the International Association of Equine Dentistry, of which he is currently Vice President. 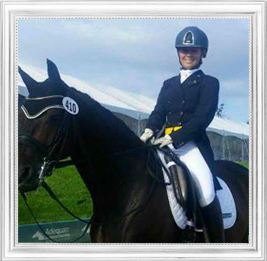 Tiffany has been involved in the Equine Youth Mentorship Program since the beginning. She has assisted with the development of the program, communications, and acted as chaperone. Tiffany lives in Saint John, New Brunswick with her husband and daughter, where she actively competes in Dressage with her Hanoverian gelding Ducati at the Prix St. Georges and Intermediate level. Tiffany is a past board of director for the local dressage organization in New Brunswick that focuses on the development of dressage in the province through overseeing and coordinating dressage activities and competitions throughout NB. Tiffany holds a Bachelor of Business Administration (BBA) Degree from the University of New Brunswick and a Certified Professional in Human Resources (CPHR) designation. Tiffany works full time in the field of Human Resources.